At the very 1st Oracle Openworld Europe there was plentiful discussion, debate and example of how Cloud enabled technologies are rapidly transforming the approach to business delivery and a theme of strong visions of the near future was shared with the large audience.

Oracle talked strongly how it’s breadth of Hybrid solutions differentiates its value proposition when compared to those vendors such as AWS  and of a smart future, autonomous and scalable as we have never before seen! Much coverage was given to supporting customers transformations from a partnership and not technology perspective, founding on how technology is available, affordable and rapidly ahead its adoption levels with the key barriers of adapting our processes and attitude to accepting and using the power now at hand.

Accenture gave insightful examples of its massive shift to cloud across its own business and in its client engagements, AI (Artificial Intelligence being a heavy foundation). Accenture firmly illustrating that we are in time of Citizen AI  (Meaning AI working as a partner and alongside people, not as the feared replacer!) This led to powerful reality setting foundations that we should recognise AI as a ‘Citizen that needs to be raised and trained responsibly’ in order for it to serve us well.  Digital Assistants need to be thought of more generically and not just for the typical support function.  By combining AI, Chatbot and Big Data principles we enable a Human front end interaction to trigger a multi-flow of under the cover technology collaborations, with multiple digital assistants colluding to provide a single answer to the human through use of a heterogenous mix of backend systems and data sources. Thus, the human gets a powerful insightful outcome, which looks simple and singular, but in fact was founded on a complex mix of technical digital assistants talking to each other and working out the result under the covers.

Extended Reality was not only discussed, but shown in an entertaining presentation delivered in augmented reality, presenting a 3d accompanying explanation next to a stage speaker which rendered on the large screens to illustrate the reality of new tech today.  Posed as XR, eXtended Reality) this embraces VR as well as Augmented and new immersive tech to deliver new and remote ways of using specialised skills and tech to extend the reach and value of humans with these skills. 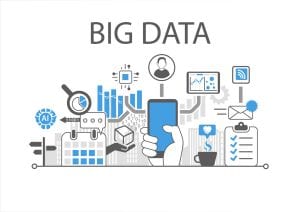 Big Data was given a different more realistic view, as not being the easy solution to everything that many pertain, with a firm focus on the critical importance of having confidence and integrity in the data being used. ‘It is not about having data, or Big Data, but about having trusted data and relative insights from it!’

IOT interestingly repositioned as the Internet of Thinking, delivered insights into having smart edge devices that can enact upon rulesets and data from a centralised cloud brain that can be disconnected at any time, leaving the edge capable to still deliver safe and accurate ongoing value to the whole. This was expanded into exciting insights as to how smart edge devices are already capable of transforming supply chains into autonomous automated, market gaining efficiency engines. 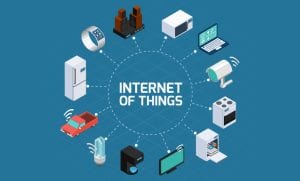 The combination of all these new smart technologies (IOT / Blockchain / Cloud / Edge) was described as delivering and enabling the ‘intelligent enterprise unleashed’; a world where tech and its commercials is no longer a barrier to innovation and disruption. The new tech making the impossible possible, for a wide range of applications, industries and business scales and leading to the true possibilities of frictionless business and supply chains which can partner rapidly, at scale.

We are clearly in the midst of immense change, a time where technological possibilities are reshaping and disrupting the rate of innovation.  Application capabilities are now empowering informed decisions and increasingly engaged employees, driving productivity and greater strength for those that embrace and adopt it.  Analysis was presented to re-affirm something we all know, that 70% of customer effort is still typically spent keeping technology lights on and that automation needs to rapidly fix this and allow effort, resource and investment to be spent on more valued innovation and change.  Organisations that are taking change action now and road-mapping them strongly are taking a rapid lead on those that are not!  Organisations need to become innovation powerhouses driven by the ‘now’ capabilities of cloud.

One speaker spoke of us being at the End of the IQ Era and the start of the EQ era. The importance of Smart insights from a growing plethora of cloud driven systems are driving the ability for systems to feen business IQ to be fed to the masses and a need for EQ on what to do with the information and how to relate it to smart business decisions is going to be key.

An independently produced survey  was unveiled ‘Uncovering the hype around innovative technology’ and discussed during the event, giving good additional insights into the placement of Chatbots, AI, Blockchain,  Cloud Security and Autonomous Database technologies were reported as lead agenda points for businesses looking to use cloud to innovate and disrupt their sectors.  The report showed indications that there is a wide range of piloting and planning around many of these new technologies, whilst others such as Security from Cloud is already experiencing accelerated deployments.

The challenge to all of this happening is no longer technology or commercial barriers, but the key enabler or disabler is clearly the acceptance of people and the drive to make change happen. Examples were strongly given of organisations where a Line of Business (LOB) Intrapreneur was the conduit and instigator for a far bigger market outcome for the business.

‘Throughout the day the audience was engaged by ‘real’ exciting incredible use cases of IOT, AI and CLOUD that will be touching all of our everyday consumer lives already or in the very near future.’

Ian Moyse is a recognised Cloud Thought Leader & Oracle Cloud Social Influencer and can be found at www.ianmoyse.cloud and www.ianmoyse.co.uk