Traditional Banking Model on the verge on extinction….

Traditional Banking Model on the verge on extinction…. 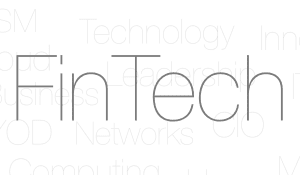 That banks are not keen to lend to individuals and small businesses is no longer news around the world. In the US, the biggest banks are making far fewer loans to small businesses than they did a decade ago, ceding market share to alternative lenders. According to Central Banks across the world, there has been sharp decline in the number of approved loans since the 2008 financial crisis, a pointer to the fact that  banks are unwilling to take the risk of providing credit to the masses.

The real news here is an emerging disruption in the financial services industry, partly being driven by a banking ecosystem that is held hostage to a rigid and conservative traditional banking model. Take for instance the following: In a 2013 study conducted in Kenya and funded by the UK’s Department for International Development (DFID), the Swedish International Development Agency (SIDA), and the Bill & Melinda Gates foundation, it was found that loans from investment groups, popularly known as chamas, had grown by more than two-thirds to hit 7.8 per cent of the population compared to 4.6 per cent in 2013. The study also established that one in every three Kenyans or 30 per cent of adults rely on informal sources of credit, including salary advances from employer, chama loan, buying goods on credit and informal money lenders. What does this tell us? That the continued growth of informal lenders as a source of credit for the majority of households speaks volumes of a society looking for alternative banking models and further underlines the continued role being played by informal lenders. In the UK,  Zopa, the fintech businesses credited with inventing peer-to-peer lending, has passed $2.5bn in loans over its online platform. The milestone means Zopa is still just about Britain’s biggest peer-to-peer lender by historical loan book. Funding Circle, which lends to small businesses, has lent £1.92 billion since its launch in 2010. Zopa says that the £2 billion in lending represents 300,000 loans made to 246,000 borrowers since its founding in 2005. 75,000 investors funded the lending over the platform. Zopa CEO said: “We’re excited to be the first UK peer-to-peer lender to pass the $2.5bn milestone. Over the last 12 years, we’re proud to say we’ve helped over a third of a million people get better interest rates for both borrowing and lending

Coming back to Kenya; in the last two years, the country has witnessed the entry of several international peer to peer lenders including Getbucks (South Africa), Mybucks (Germany), Tala(USA) and Branch(USA). Besides the big players, there are hundreds of similar ventures with different forms and shapes that are currently operating in Kenya, South Africa and Nigeria. Weighed by the never ending and tough regulatory requirements and the pressure to maximize on shareholder value, it’s evident that banks are struggling to re-invent themselves; for the few innovative ones, they’ve seen the light and are now viewing themselves as Fintech companies holding banking licenses. Truth be told though, the bubble has burst and the traditional banking model as we know it, is at a higher risk of extinction unless banks are able to re-invent themselves. The old model of banking, where everything is packaged together around a savings or current account with a cheque book and a banking card will in future become dinosaurnic. Besides the high cost of banking hall spaces, a huge work force and expensive banking platforms, the costs required to sustain this model are not sustainable in the long run. It’s time banks go back to the drawing board and map out new strategies that will win customers hearts and build loyalty. It’s time banks rise and smell an aroma of demanding and tech savvy customers who prize customer experience, simplicity and convenience above everything else. Lastly it’s time banks stopped over strategizing around a paralysis analysis sphere that puts more emphasis on strategizing than implementing.