IoT and VCR: finally, R is for… | Richard Braithwaite| Feature

IoT and VCR: finally, R is for…

by Richard Braithwaite · Published 19th May 2017 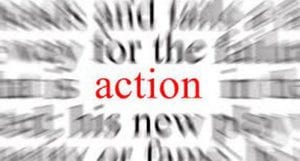 This is the last of a 3 article run aimed at helping people cut through some of the hype and get a grasp around why IoT is worth looking at. There is no cookie cutter solution, it will vary dramatically from business to business but this series is meant to help stimulate some thought.

In case you missed them, the other two articles are available here, in order:

IoT and VCR starting with V

IoT and VCR, now onto C

So, this final article takes us to the next step which is R for Response. Think about it, knowing that something has happened and understanding “why”, doesn’t actual change anything. It is vital that all IoT solutions have an element of response or action to effect a change, otherwise well, what’s the point? Knowing you’ve run out of stock and not replenishing it or noticing your water pipe is leaking and leaving it. Why did you bother investing in the infrastructure and solution to let you know in the first place. Pointless!

Now, of course what that actual response is will vary based on your business and based on your implementation plan. It may well be enough for phase 1 that the response is left to a person to determine what to do and that during a later phase some or all actions could be automated. This is important to remember when your IoT provider starts painting a grand (and expensive!) plan on how IoT could transform your business. Big vision, small steps are my suggestion.

Let me provide an example that relates to consumer health and safety. A retailer initiates an order for some perishable goods (for example fish) on their SAP system. SAP “does its thing” and the order is placed with the supplier and scheduled for delivered. A lorry arrives with the fish in the back, the condition of which has been monitored using one of more IoT sensors (temperature, humidity etc.) Let us suppose the temperature threshold has been exceeded, for a specified period at some point during the journey and hence the fish is spoiled and unfit for human consumption. Before IoT-based monitoring this would not have been known and the product could have ended up causing food poisoning.

The IoT solution first flags the event (temperature tolerance exceeded) and then flags to SAP that a response is required to ensure:

1. The goods are rejected

2. That a replacement is required (or not)

3. Payment is not made until the replacement has been confirmed satisfactory.

It is not for the IoT system to understand or worry about how to get the order replaced, it merely supplies the business event to the SAP system, which then takes care of the Response. By their nature then, the best value is often derived by integrating IoT rather than replacing existing business systems. IoT is a feed that allows them to make better decisions.

The relationship between Causation and Response is an interesting one, given that in many cases it is possible to create feedback loop between the two, in order to help build a more effective cause/effect model. For example if you are using an IoT solution to track mobile inventory (in a field engineering context) then you can use the real data you collect about how parts are used to solve problems and combine it with reliability data to improve the likelihood that the engineer has the right parts and tools to fix the job. The outcome? Better first time fix rates, happier customers, reduced churn and improved workforce efficiency. Let alone happier employees, no one likes to have to re-visit a customer they have let down the first time.

One of the most frequently touted advantages of IoT is the ability to provide different procurement paradigms to their customers. It is a well worn truism but the ability to genuinely innovate and differentiate your offering in the market will heavily reflect on whether you will have a business in the future. I like this quote from Pierre Nanterme, CEO of Accenture:

In many of the customers I have worked with over the last two years, IoT is central to their Digital Transformation agenda.

Traditionally, if you (say) wanted a crane for construction projects you needed to invest (substantial) capital and buy one from the manufacturer. When the crane wasn’t being used it was still being paid for, in some manner.  Given that IoT can provide visibility on how and where machinery is being used then it is possible to construct new commercial models that allow crane manufacturers to offer a “pay as you use” model. This is similar in principle to the utility models offered by Cloud vendors such as Microsoft and AWS.

Of course they still have to manufacture the crane (at substantial cost) and only one client can use it at the same time, so it isn’t quite that straightforward! Perhaps the first step, of offering preventative maintenance on a crane, is the easiest one to deliver. Effectively however the Response action from IoT allows commercial contracts to be constructed to reflect use of the asset, backed up with uptime-based maintenance. This is a clear differentiator in the market, the concept of only paying for what you use is attractive to any consumer.

To summarise then, Response is what you determine you need to best do to control or counter the event(s) that are impacting your business. IoT can flag events that would otherwise be unknown and/or bring these events to your attention more quickly so that you are able to take some mediating action. The power of automated response should not be underestimated given the rapid advances being made in this area. This is what makes IoT and the related disciplines a fascinating place to be at the moment.

I hope you have found this and my articles interesting and informative. I will look to address a number of others issues covering topics such as the importance of security, some views on how to actually implement IoT solutions and, when I get my thoughts together, some of the moral considerations around IoT and automation.