Should we be reconsidering the relevance of the Chief Digital Officer and the whole digital designation?

I think it is a good question.

Everyone has a view of the most valuable members of the ‘C’ suite.

The concept of the CEO and CFO are well established, the COO too.

It wasn’t so long ago that we were debating the position of the CIO for example.

The rise of the CTO, CIO, and CMO as alternative descriptors for a chief technologist or engineer, systems person, and marketing person has had some missteps over the years, but now they seem established.

The CDO or CDIO is now the latest C suite role that has question marks around the position’s long-term need or viability as a role for the business.

The chief digital officer (CDO) or a chief digital information officer (CDIO) is deemed to be that person who drives growth in a company, government organization, city, or institution through converting legacy “analog” processes and functions to digital ones.

A big focus is the use of online technologies in particular like SaaS and IaaS – but aren’t those the responsibility of the CIO? Why do we now need a CDO for those kinds of decisions?

A piece posted in IBM’s thought leadership series suggests we will soon be done with the role of the Chief Digital Officer.

“Just as quickly as the CDO came onto the scene, the role’s popularity seemed to flame out. Heralded in 2012 as “the most exciting strategic role in the decade ahead,” just a few years later, headlines appeared predicting the CDO’s demise”.

This also begs the question, is this a tactical or a strategic position?

My thoughts are that it is 100% tactical.

Digitalization is not strategic it is like feeding the meter.

You’re renewing old with the shiny new, it should be considered alongside, renegotiating your mainframe contracts, replacing aging operating systems with newer versions, or evaluating your data center strategy.

More importantly, is this a position that operates as a sub-area of IT, Operations, Marketing, or what?

It could fall under any, depending on the specifics of the business.

The thoughts of some proponents of the role suggest that digital transformation remains an important undertaking for business but that the role also encompasses finding new ways for businesses to work, researching, proposing, implementing, and promoting solutions. Personally, I have my doubts about whether that can really be true, particularly for long-established organizations.

Like any business project, digital transformation may simply have a short life.

The question then, is can a business realistically sustain the retention and maintenance of a CDO in perpetuity?

Does the CDO hold full voting right at the boardroom table today and can they be considered an influencer of the business strategy and leadership – a catalyst for organizational change?

The jury in the corporate world seems a little out, though it will undoubtedly vary from organization to organization – some are still clinging to this almost messianic role, solving all that might ail traditional businesses with sagging revenues and evaporating margins.

According to some analysis, as much as a quarter of large public enterprises have such a role but the emergence of new openings is decelerating and the incumbents are hanging around for less than three years, perhaps because once the initiatives have been implemented, their jobs will be done.

The pandemic has pushed hard on IT infrastructure. It has been tough for those businesses heavily dependent on tech, who have needed to have a long hard rethink of their on-premise vs cloud strategy.

Cloud adoption has sky-rocketed, no doubt fueled by digitalization efforts.

As people try to work out the next phase of how they will work, it will be fascinating to watch what happens to this role, it may well go the way of the dinosaur and not because of anything meteoric, it simply may become a position that is no longer relevant. 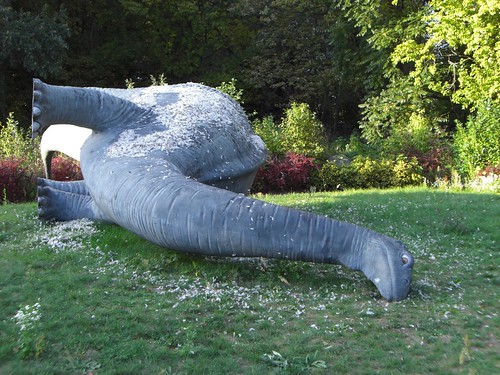