Terminator or Iron Man – What will AI bring in future? 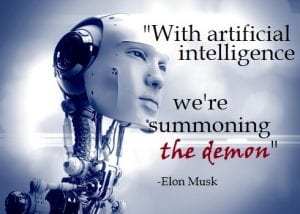 In the age of Digital Transformation, Artificial Intelligence has come a long way from Siri to driverless cars.

If you have used a GPS on Google Maps to navigate in your car, purchased a book recommended to you by  Amazon or watched a movie suggested to you by Netflix, then you have interacted with artificial intelligence.

Artificial Intelligence is the capability of a machine to imitate intelligent human behavior which relies on the processing and comparison of vast amounts of data in volumes with help of big data analytics, no human being could ever absorb.

Stephen Hawking, Elon Musk, Bill Gates have recently expressed concern in the media about the risks posed by AI.

According to them, AI will soon replace all kinds of manual tasks and make humans redundant. This could be true in some sense but still this is a far cry from the current maturity levels of AI, which is still at the stage of figuring out real-world use cases.

Today machines can carry out complex actions but without a mind or thinking for themselves. Smartphones are smart because they are responding to your specific inputs.

The world’s top tech companies are in a race to build the best AI and capture that massive market, which means the technology will get better fast, and come at us at faster speed. IBM is investing billions in its Watson, Apple improving Siri, Amazon is banking on Alexa;  Google, Facebook and Microsoft are devoting their research labs to AI and robotics.

Together, they will swirl into that roaring twister, blowing down the industries and businesses in its path.

Within maybe few years, AI will be better than humans at diagnosing medical images and converting speech to emotions. But it can also be stealing millions of records from a government agency to identify targets vulnerable to extortion.

Soon you’ll be able to contact an AI doctor on your smartphone, talk to it about your symptoms, use your camera to show it anything it wants to see and get a diagnosis that tells you to either take a couple of Tylenols or see a specialist.

In all the fairy tales we have seen so far, good almost always wins over evil.

This is what we have seen in the movies like I, Robot or Avengers: Age of Ultron.  But Will Smith or team of avengers does not know that till end of the story. That’s where we are now: face to face with the demon for the first time, doing everything we can to get through the scary plot alive.

Today many companies are using AI for improving their business: 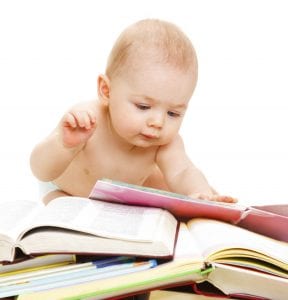 As Humans we are programmed from childhood either by nurture or nature to do things the way we do. All the nine emotions we have learned since then are the inseparable part of our lives.

Currently we are in the control of the planet because we are smartest species compared to all the animals.

But when, and if machines learns to love or hate, work in peace or retaliate in anger, then it’s not too far that, with the ability to consume & digest the vast amount of data, they will become more smarter & start taking control of the planet.

Only then we will be able to know that AI is helping us like Iron Man’s Jarvis or planning to eradicate us like Terminator!!