“I motivate players through communication, being honest with them, having them respect and appreciate your ability and your help.”

Whether you’re a baseball fan or not, the legendary Tommy Lasorda is a giant not just in Major League Baseball but across the sports world. Upon his passing this year, I came across this quote of his and it connected with me instantly. Communication, honesty, respect, and support are the bedrock of what it means to be a leader. But what happens when those core, foundational principles become just words, or worse yet, items on a checklist just waiting to be crossed out? All too often leaders fall into a pattern of saying they do these things because they are expected to do them, not because they understand why they should. As a result, your check the box exercise feels just like that to everyone on the receiving end of it. Simply put, your actions have no meaning, because you didn’t mean them! 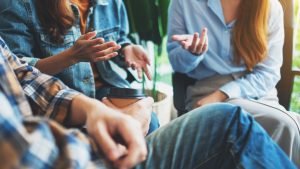 That’s the biggest lesson in Genuine Communication, you must mean it. It’s being intentional in the way you communicate, meaning what you say, and taking the time to make it count. I know what you’re thinking, “That sounds great, but who has time for that?” While that’s a valid point, it’s also an opportunity to consider the messages you’re sending out to people and whether you should really send them in the first place. Instead of making your communications a volume business, you should instead look to add more value into the equation. In doing so, not only will the people you’re communicating with see and feel a difference, but so will you.

As an example, a few years ago I received a message from a senior leader in my organization thanking me for the work I had done to deliver a large, multi-year project. At first, I was really taken aback by the fact he had taken the time to write to me to acknowledge my contribution. Unfortunately, all that positive sentiment quickly faded as I read the message. My first reaction was the message looked as if it had been written by a corporate communications team, not a person. There was no doubt in my mind that the same message was copied, pasted, and sent via an Executive Admin to anyone that was involved. In that moment, I wasn’t being acknowledged for my contribution, I was an anonymous checkbox looking for a checkmark. What started out as such a wonderful opportunity to make a lasting impact was quickly wiped away because the sender forgot that people aren’t checkboxes and messages need meaning to add value.

Now I challenge you to go back and look at the messages you have sent to your team members, colleagues, and peers over the past month. As you read them, how many of the sentiments can you say you meant? Now for all of those that might be questionable, ask yourself what the impact might have been if the person you sent it to knows you didn’t really mean it? Given the isolation of our global circumstances because of the pandemic, now more than ever our words have power as they are the only things we see. Now more than ever, ask yourself what impact you want your words to have?

Tommy Lasorda won 1,599 Major League Baseball games, won two World Series titles, four National League pennants, and eight Divisions Titles by respecting his players abilities and accomplishments enough to be honest in his communications with them. That is the hallmark of a Genuine Leader and an example to us all.