The ability to mix the virtual world of digital content and information – text, sounds, images and video – with the physical world of three-dimensional space we inhabit has long appealed. Science fiction has envisaged this in two ways; the fully immersive synthetic environment of Virtual Reality (VR), or the digital overlay onto the real world of Augmented Reality (AR). 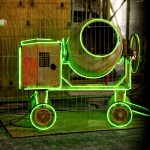 There is no doubting the excitement of the more immersive VR. Although it has been around for many years, the technology now performs sufficiently well for relatively low-cost headsets (sometimes very low cost cardboard/smartphone combos) to give a truly impressive experience. No wonder VR has been doing well in games and entertainment. It also work well in the ‘infotainment edge’ of selling. This includes pre-visualising high value goods like premium car ranges or luxury yachts, but it equally could have wider appeal.

While there are many other promising uses for VR in the business world – training, guidance, product servicing etc – users are ‘tethered’ to a physical place while immersed in their virtual world. AR is the ‘mobile-like’ experience that can be carried through the real world and which could make it much more universally applicable.

The rise of Augmented Reality

Awareness of the potential of AR has grown significantly in recent years. This is thanks most recently from a public perspective to the success of games like Pokemon Go. Despite this, some still view AR as the slightly less exciting counterpart to VR. Both are now occupying a space increasingly referred to breathlessly (at least by marketing folk) as Mixed Reality (MR).

Most AR applications do not require the user to wear a headset. Simply looking at the real world through a mobile screen – handheld like smartphones and tablet or wearable device such as smart glasses – and seeing an overlay of digital information, is sufficient. The information presented as overlay can be sophisticated, three dimensional and animated, or simply a piece of relevant textual data. The value comes from the contextual juxtaposition of the data with the place, moment and gaze of the user. This is all about enhancing the user experience by making data relevant.

Some of the early demonstrations tended to be cute or entertaining. The use of AR by IKEA in its Place application demonstrates the potential for AR in everyday, pragmatic and useful settings. Place allows users to experience what furniture choices from an IKEA catalog of 2,000 items would look like in their own rooms, before purchase. It deals with lighting and shading and the auto scaling of objects as they are placed. The app is built with widely available innovative technology. Key to its appeal is the simple and direct user experience, coupled with the complete catalog of pre-built items. Smart AR software without the right data will not be effective.

The applications for AR in business are significant, but need to be effectively managed, particularly with respect to how data is used. Despite the occasional need for completeness in applications such as IKEA’s, ’less’ is most definitely ‘more’. Otherwise AR risks simply becoming another way to digitally overload individuals trying to make use of it.

Curiously then, another technology that fits very well with AR is the growing use of Internet if Things (IoT) applications. Here again there is a risk of data overload. Some of the key skills required are akin to those of a professional librarian – curatorial and editorial. The pragmatic application of machine learning could automate much of this.

However, the combination of IoT and AR holds immediate promise even with or without further automation. With so much potential information available from sensors and devices, visualising useful insights can be difficult. How much better if, for example, looking at physical things or places causes relevant data to appear? At a glance, systems could diplay their wear and load characteristics. Devices in the workplace might have been running too hot or have higher than expected power consumption; these could be highlighted as facilities staff walk through and gaze at them. Smart city or smart campuses could display Wi-Fi usage hotspots for network engineers to make invisible radio network coverage and capacity, visible. In each case, the ability to tie relevant information to the context of place and direction of where it applies makes it easier to visualise and understand and mitigate its impact.

The importance of AR, unlike VR, is the way it is rooted to real places and real things. While there has been a lot of  hype in both areas, finding commercially justifiable business use cases has been harder. In combination IoT and AR are worth more than the sum of their parts. One adds real-time data and connections to the real world; the other places it visually in context to deliver the anticipated benefits. Now would be a great time to explore both in combination.

The post Augment the business, build on the reality of ‘things’ appeared first on Quocirca Insights.