Why Now Is The Time Of Artificial Intelligence !

Why Now Is The Time Of Artificial Intelligence !

Artificial Intelligence (AI) as a concept has been around a long time and can be traced back to Aristotle in the 4th Century with his deductive reasoning system, and in the 50’s John McCarthy coined the term ‘artificial intelligence’ but in the last few years there has been an explosion of activity.

You can read a brief history of AI through the years here Brief History of AI, but this article will focus on ‘why now’, is the time that Artificial Intelligence will have a profound and accelerating impact on everyone’s lives.

In the book Tipping Point by Martin Gladwell Wikipedia Tipping Point he talks about how several factors combining can cause ‘the moment of critical mass’ and how ideas, products, messages and behaviours can spread like viruses. Although there is an element of viral behaviour around AI, everyone jumping on the proverbial ‘band wagon’ there are a number of factors combining to cause the moment of ‘critical mass’.

Ray Kurzweil coined the term ‘law of accelerating returns’ which talks about the exponential nature of increase, when technology is used to design technology. It moves beyond the linear nature of the what the human brain understands to an exponential curve.

A fitting example of this would be the self-driving car, whilst we might not be quite there yet in terms of fully autonomous cars on all our roads, the quest for an autonomous car has created many innovations which are in our vehicles today, the diagram below from Audi shows that acceleration curve perfectly. 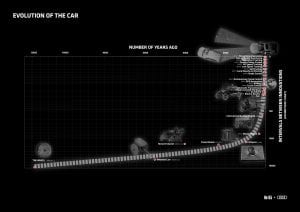 While technology is exponentially increasing, costs are exponential decreasing – a great example of this is the cost of sequencing the Genome, which took over a decade to achieve at a cost of around $100m and is now well below the $1000 mark and takes just hours. Genome Sequencing Costs

This also applies to Compute, Storage and Connectivity costs as shown below. The combination of exponential acceleration of technology, with the exponential reduction in costs – means we are at the junction of an unparalleled time in technology

To reinforce the exponential nature of change, in the summer of 2012 twelve of Google’s finest brains built a neural network of 16,000 powerful processors and set themselves the task of identifying all the cat videos on YouTube. At the time, it was a breakthrough in image recognition using neural networks. Google X finds cat videos

In October 2012 Geoffrey Hinton enlisted two of his Dropout co-writers, Alex Krizhevsky and Ilya Sutskever and entered a Computer Vision competition with a model trained on just two GPU’s, they wiped the floor with all competition and won every category, less than 6 months had elapsed 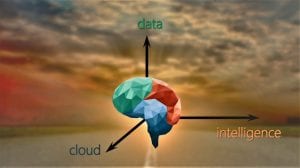 We live in a time when data is created everywhere by everything and in unprecedented amounts.  The exponential amounts of data led in the 90’s to the words zettabyte and yottabyte being added to the dictionary, they were needed to allow for the rapidly increasing amounts of data being stored.

This data comes from devices ranging from watches to cars all connecting to the internet with some estimating that a self-driving car alone will generate 100 gigabytes per second.

All this data needs to be stored somewhere and the low cost of Cloud computing make it the obvious and accessible place to store it. Most Cloud vendors offer Gigabytes of free storage to consumers, but at an Enterprise level the costs of storing structured and unstructured data are still incredibly low compared with traditional data-centers.

Add to this the incredible compute power of the Cloud, at the Microsoft Build Conference 2016 a demonstration showed if all the compute capacity of the Azure was used to translate the entire contents of Wikipedia (3 billion words across 5 million articles) from English to Spanish it would take less than a tenth of a second.

Although this compute power is unprecedented, it is a requirement for process the large volumes of data we are storing

One you have the Data and the Compute Capacity, the next step is to extract ‘intelligence’ from your data, to do this you will likely need to use Machine Learning or Deep Learning.

Last year Microsoft was able to transcribe conversational speech at a word error rate of 6.3%, this is equivalent to the ability of a human to transcribe speech. The following month it was able to beat its own previous record at a word error rate of 5.9%, which is more accurate that a human. Earlier this year IBM beat the Microsoft record and achieved 5.5% accuracy. You can probably guess that this will change again before the end of the year.

Why Now – In Summary 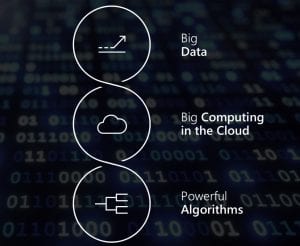 The combination of all of these factors means we are at the start of a new and exciting age of advancement in Artificial Intelligence, one that will have a profound effect on every person’s life, but also many of these advancements will be so embedded in our everyday lives that they may mostly go unnoticed.