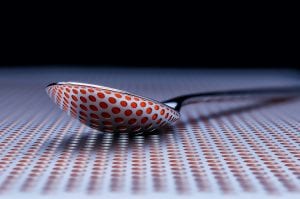 Google have always said that we should all be concentrating on writing interesting, useful content and stop trying to “game” the search engine system via SEO and now in 2017 is it getting to the point when they are right?

In some ways SEO hasn’t changed that much in the last ten years…it is still about getting links to your web site from reputable places and making target phrases on your web/mobile web site prominent. What has definitely changed, though, is the relative importance of those two things.

Ten years ago getting good links to your site (called backlinks) was nice but the structure and content of your site (whether the keywords were in meta, <H1> and <alt> tags and so on) was very important.

Now the backlinks and surrounding text to your site are very, very important and some people question whether doing anything other than cursory on page optimisation is time well spent.

Over the last ten years Google has got better and better at measuring the real importance and authority a web site has for a given subject and it has become harder and harder to game the system.

Things really started to change in February 2011 when Google made a big change to its’ algorithm in what came to be known as the “Panda” update. (Interestingly it was named after one of its creators Navneet Panda – not the animal).

A lot of sites took a big hit after Panda – particularly sites that Google would call low quality because of thin or duplicate content, aggregated content, and so on. SEO would never be the same again. (See here for a great article on on this).

After tackling poor quality site content with Panda Google next turned its attention to fake or poor quality backlinks with the Penguin update in April 2012. One of the way people had been gaming the system had been to create lots of (low quality) links to their site from as many places as possible.

Black Hat webmasters very much still use this approach with what are called Private Blog Networks or PBNs. They acquire expired domains with high domain authority, spin up fake sites with them and link to target pages that they try to rank highly for phrases paying high affiliate scheme referral bounties.

It takes a lot of effort (each site should use a different IP A Record/CNAME for instance) but for someone with no brand to protect, or need to fear Panda/Penguin penalties, a few dollars can still be made this way.

The situation in 2017 can be thought of as SEO being the structure or framework within which you undertake your online marketing activities – not an end in itself.

SEO will provide a set of hygiene factors and techniques you need to get right to rank well with the search engines but your main focus should be in creating and distributing content that will be interesting/useful to your potential audience.

If you do that then you will only get more successful as the search engines improve their algorithms and this might be one of the cases where the good guys do win.