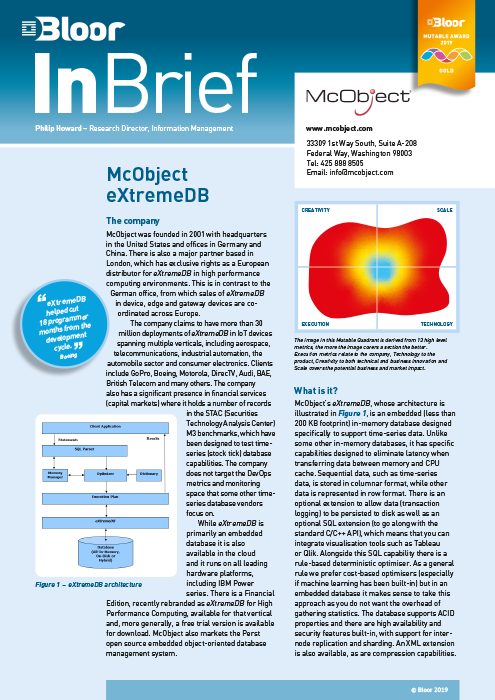 In financial markets eXtremeDB can not only outcompete other vendors focusing on processing tick data but it has the added advantage of supporting SQL and other conventional languages rather than proprietary ones, which is the case with some of its competitors. In industrial and IoT environments the very small footprint of eXtremeDB is a major boon. While there are other databases with small footprints they do not generally have time-series and geo-spatial capabilities, so it comes as no particular surprise that eXtremeDB has so many millions of implementations.