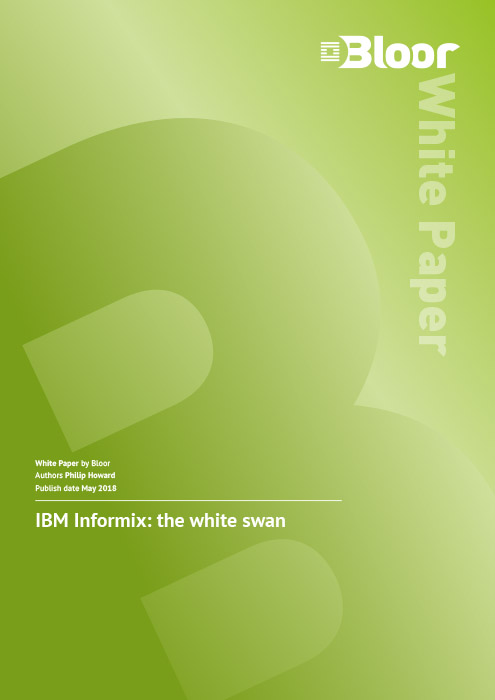 A black swan is an event or occurrence that “deviates beyond what is normally expected of a situation and is extremely difficult to predict”; the term was popularised by Nassim Nicholas Taleb. We have referred to as a white swan not only because SWAN is an acronym (sleep well at night) but also because it is, as far as databases go, predictable. We have omitted discussion of many of the significant features of IBM Informix. We have not discussed, for example, the Informix Warehouse Accelerator, its support for unstructured data (though the support for JSON is implied by the product’s implementation of smart triggers), or its geo-spatial and time series capabilities, which are of particular importance in IoT environments. All of these have been discussed in previous papers published by Bloor Research. With the exception of smart triggers, what we discuss are what are sometimes known as the “ities” or “ilities” such as usability, scalability, reliability and so on, those fundamental capabilities that allow database administrators to sleep well at night. They provide the sort of enterprise class capabilities that are required in mission critical environments. We could even include the introduction of smart triggers in this category as an example of Informix’s adaptability in supporting new environments and requirements such as blockchain.