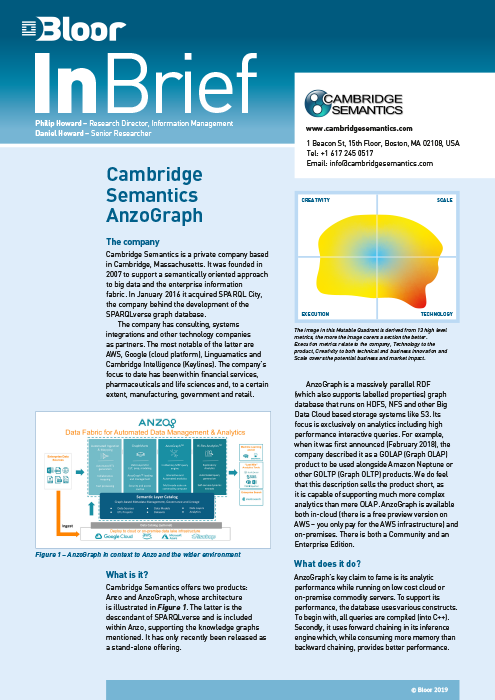 AnzoGraph is a massively parallel RDF (which also supports labelled properties) graph database that runs on HDFS, NFS and other Big Data Cloud based storage systems like S3. Its focus is exclusively on analytics including high-performance interactive queries. For example, when it was first announced (February 2018), the company described it as a GOLAP (Graph OLAP) product to be used alongside Amazon Neptune or other GOLTP (Graph OLTP) products. We do feel that this description sells the product short, as it is capable of supporting much more complex analytics than mere OLAP. AnzoGraph is available both in-cloud (there is a free preview version on AWS – you only pay for the AWS infrastructure) and on-premises. There is both a Community and an Enterprise Edition.