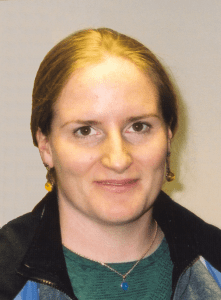 “Connect people with their world, everywhere they live, work and play…and do it better than anyone else.”

Christina Hogan, principal network engineer for telecommunications company AT&T, outlines its mission. “Our customers can stay connected from nearly anywhere. It doesn’t matter if they’re driving home from work or travelling across the country or beyond.”

“At AT&T, we bring it all together.,” says Christina. “Fast, highly secure and mobile connectivity – to everything on the internet, everywhere, at every moment and on every device – is what drives us.”

Internationally recognised author, speaker, system administrator, and DevOps advocate, Christina is coming to Cloud Expo Europe London this March. Christina has more than 20 years of experience in system administration and network engineering, from Silicon Valley to Italy and Switzerland. “I gained experience in small start-ups, mid-sized tech companies, and large global corporations. I worked as a security consultant for many years; in that role my customers included eBay, Silicon Graphics and SystemExperts.” In addition, Christina has written a number of books including The Practice of Cloud System Administration (published September 2015) and its companion, the third edition of The Practice of System and Network Administration (published November 2016).

“Customers want to enjoy their favourite movies, TV shows, music and sports on any screen,” says Christina. “We’re the largest provider of pay TV in the United States and the world. So, we’re setting the standard for delivering video when, where and how customers want it.”

“In the United States, we offer TV and wireless nationwide, plus a large high-speed internet footprint. We offer a wide choice of internet speeds to meet customers’ needs. With our 100% fibre network, customers in 29 markets can download an HD movie in 36 seconds, a TV episode in three seconds and 25 songs in one second. We plan to expand these speeds to 27 more metro areas, at least 56 metros in total. We also offer pay TV in 11 Latin American countries.”

AT&T offers solutions that help businesses in every industry serve their customers better. “We deliver advanced services to nearly 3.5 million businesses on six continents,” says Christina. “That includes nearly all of the Fortune 1000 as well as neighbourhood businesses across the United States. Our high-speed mobile internet network covers nearly 400 million people and businesses across the U.S. and Mexico. We also wirelessly connect cars, machines, shipping containers and more. It’s all part of our leadership in the Internet of Things.”

“And we never stop innovating. The brightest minds in the business are in our AT&T Labs and Foundry centres developing new technologies, apps, products and services. We envision a world where everything and everyone work together. We envision a world that works for you.”

Christina’s talk at Cloud Expo Europe will look at the main principles of DevOps and how these can be applied in environments without developers.

“The DevOps model evolved in cloud-based software as a service (SaaS) environments, where the developers and operations staff work for the same company,” says Christina. “However, enterprises that run primarily commercial off the shelf (COTS) software can also benefit from many of the key DevOps approaches used in SaaS environments. My talk introduces the principles of DevOps and looks at how to benefit from applying these principles in environments without developers. It uses some real-world examples to demonstrate how these principles can be applied effectively to other environments and challenges, and to illustrate the benefits of doing so.”

Christina says that the introduction of DevOps practices and culture creates a high-performing IT organisation. “The 2016 “State of DevOps” report shows that high performers deploy 200 times more frequently than low performers, with 2,555 times faster lead times. They also have 24 times faster recovery times and three times lower change failure rates than low performers.”
“High performers have better employee loyalty, as measured by employee Net Promoter Score (eNPS). Employees in high-performing organisations are 2.2 times more likely to recommend their organisation to a friend as a great place to work, and 1.8 times more likely to recommend their team to a friend as a great working environment. Other studies have shown that this is correlated with better business outcomes.”
In addition, high-performing organisations spend 22% less time on unplanned work and rework. “As a result, they are able to spend 29% more time on new work, such as new features or code,” explains Christina. “They are able to do this because they build quality into each stage of the development process through the use of continuous delivery practices, instead of retrofitting quality at the end of a development cycle.”
“High performers spend 50% less time remediating security issues than low performers. By better integrating information security objectives into daily work, teams achieve higher levels of IT performance and build more secure systems.
In short, embracing DevOps results in significantly better service availability, reduced mean time to repair (MTTR), improved productivity, and better security.”

However, as Christina adds, DevOps requires a significant cultural change, and shift in thinking across the IT organisation and senior management.

“The traditional wisdom is that you increase stability by decreasing the amount of change. However, the opposite is true. Organisations with a very high rate of change have better stability, less change related failure, and much faster recovery times. This shift in thinking is at the core of DevOps.”

“Also, the DevOps culture requires an environment that encourages continual experimentation and learning. In order to create such an environment, the organisation must embrace the fact that failures happen, and learn from them, rather than penalising people who make mistakes. For many organisations, this represents a significant cultural shift, which will not happen overnight.”

DevOps evolved in companies providing Web-based services, and SaaS product offerings. “These companies have been able to provide highly scaleable, highly available services, with frequent feature updates, at a fraction of the cost of deploying a similar service in-house,” says Christina. “Executives in environments without developers want to realise some of those benefits in their own organisations for services that, for one reason or another, will remain in-house and often involve COTS software. In the past year, we have seen more companies look for ways to reap the rewards of DevOps in more traditional IT environments.”

Christina says that additionally, DevOps evolved in green-field environments, with new products and services. “But lately, many companies are introducing the DevOps culture and methodologies in brown-field environments – converting existing services and IT organisations to use DevOps methodologies. In the coming years, I believe we will see organisations that are successful in adopting the DevOps culture gain a competitive advantage over their rivals, driving further adoption of DevOps practices.”
“We are already seeing that IT professionals prefer to work in companies that have embraced the DevOps culture. Over the coming years, I expect that it will become significantly harder for organisations that have not embraced DevOps to attract and retain experienced IT staff.”

Register here for your complimentary VIP Pass to and gain access across all 5 co-located events. Please click here to access the CIO WaterCoolers VIP clinics and workshops onsite at Cloud Expo Europe