Technology companies used to talk about ‘intuitive’ interfaces and ease of use as if this was an end in itself. It is the overall outcome that really matters. Many still spend too much time and effort making individual elements ‘easier to use’, without improving the user experience and the effectiveness of the entire process.

The result is that individuals have dozens of separately ‘easy to use’ applications and businesses have too many disconnected and siloed repositories of data. This leads to poor use of information; data is incomplete, inaccurate or delivered late from a process perspective. From an individual point of view users feel overloaded and overburdened.

The relationship between data and those who have to use it needs to change. Users need more effective tools to deal with the mass of data they face. Recent innovations in visualisation offers some welcome opportunities. 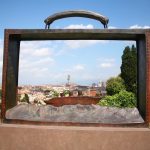 Immersive visual technologies have always generated a lot of hype. While much of the innovation is new and disruptive, many elements have been around for some time. The difference now is that compute power, storage and network capabilities have grown to a level that delivers a high quality experience and removes disconcerting delays. There are several key immersive technologies:

An opportunity being partially addressed

All immersive technologies are being well marketed. Numbers of specialised immersive devices such as headsets are growing, but still small relative to other areas of visual technology. The total number of VR headsets sold in 2017 was around 12 million units. There was probably similar numbers again shipped as low cost, but still offering an immersive experience, cardboard headsets. Entertainment and gaming plays a big part and the installed base of Sony Playstation VR headsets has passed 2 million.

As an opportunity, this is not something that the AV industry will have to itself. While the early VR industry from the 1990s was very specialised and thus fraught with investment challenges, the current immersive sector is much more mainstream, with significant investments from major IT vendors.

Microsoft launched its HoloLens in 2015 as a gaming oriented consumer product. Now it is businesses that have picked up what is widely regarded as a mixed reality headset. It is even certified for use as basic protective eyewear and there is a hardhat accessory currently in production.

Google’s approach has been more oriented on VR and AR, but it has been promoting business use in an assistive way. It prefixes typical user experience scenarios with the term “Help me”. These are oriented on helping the user to learn, create, operate or sell. As an approach this is very pragmatic, focusing much more on the outcome and less on the technology. Google has also been a strong advocate of ‘immersion for all’ through the promotion of cardboard headsets.

Apple’s executives reportedly held meetings with AR device parts suppliers at CES2018 and may be planning to follow up with an update to its ARKit software later this year. If hardware, such as an AR headset, were to arrive next year that would not be a massive surprise. It would also have a big impact, but Apple tends to delay or even cancel products if it does not feel they are ready. Its focus on software and content will in any event give a boost to the AR ecosystem.

The broad market drive is good, but many technologies flounder through insufficient focus on the user. This is where the experience of the AV sector could be vital. If there is lag or display inconsistencies (such as for people who wear glasses) or even a tendency for motion sickness, then most users will find this unacceptable, except for short periods of usage. Some are trying to reduce the impact and companies such as MagicLeap.  Its Lightwear goggles promise a more natural and comfortable overlay of digital and physical worlds. It is not yet known how these approaches will be adopted for business use.

The delivery of visual stunning performance on large screen technology is something very familiar to the AV sector and some have put immersive technologies around users in the physical world. Barco’s multi-sided cave display provides an immersive environment to fully surround people so they can stand inside a VR or 360 space. Realfiction has taken this open immersion a step further with its DeepFrame augmentation of reality through holographic projection. This removes the need for specialised eyewear or goggles to deliver visual information in a way that sparks viewer engagement.

In many cases visual appeal will not be enough. Achieving business goals from engaging or immersive access to visually stimulating information will often depend upon what can then be done with the information, and perhaps most importantly, who with? What is required is a shared immersive experience that permits not only access to information but also effective collaborative tools for interaction across a disparate group or team.

It is also vitally important for collaboration technology to enable the sharing of information across multiple devices. Teams bring laptops, tablets and smartphones to meetings to take notes and to reference work in real-time. With the immersive collaboration tools, such as Oblong’s Mezzanine, teams can share data instantly for everyone to see and understand.

The most sophisticated and productive collaboration rooms provide participants with the means to share data simultaneously, utilise the most intuitive controls like gesture and/or touch, and instantly access information to make collective decisions. When collaborators share a united workspace, regardless of their location – meetings are more engaging, enlightening and immersive.

These are the outcomes that most businesses are looking to achieve. Better use of data, more effective teams. To get more insight into how different immersive technologies are being applied to improve both user experiences and business outcomes, by a significant number of innovators across the AV sector, visit ISE2018 in Amsterdam in February.