Humans as Friction in a Digital World

The volume and velocity of data today ensure leaders can’t effectively consume, ponder and act upon it all.  A human leader’s mind easily becomes overloaded and overwhelmed with information, so in order to maximize effectiveness leaders must purposely limit the amount of data presented to them.  In other words, humans must “dumb-down” and “slow-down” the data to reduce complexity and to give themselves time to ponder it.  This “slow-down” requirement for humans acts as friction in a real-time digital environment.  In this article we will explore how different organizations are addressing some of these challenges.
There are many famous innovation labs we can read about that have made significant contributions to our society.  I am thinking of labs like: Palo Alto Research Center, AT&T Research, MIT Media Lab, Boston Dynamics and many others.  Innovation, however, is not limited to academia or the commercial sectors.  Many dedicated men and women within the different military branches have also committed their careers to innovation.  Today we will explore some of the innovations they are working on and look for relevance in business environments.
The limited speed that humans can process new information is a challenge, especially for leaders.  Leaders have a limited capacity for information processing and to expect more from a human is unrealistic and even inhumane.  If a business leader is managing real-time digital commerce operations and business processes, then there is an absolute need for instantaneous decision-making and action that is not humanly possible.  So, what is the answer? Humans need to be augmented.  They need help and the processing speed of artificial intelligence (AI) powered decision-aids.

I recently read about an elite group of USAF pilots that operate the F-35 stealth fighters.  I used the term “operate” rather than “fly” purposely, because these pilots don’t really fly the $80 million F-35.  Most of the actual flying is done by eight million lines of computer code and artificial intelligence monitoring and keeping the unstable aircraft flying.

Why is the F-35 an unstable aircraft?  It was intentionally designed to be unstable so it can be more agile/maneuverable.  The faster an unstable aircraft flies, the more agile it becomes.  This is desirable when a fighter aircraft is trying to out-maneuver an opponent, but it only works if the aircraft’s computer code and sensors can process fast enough to keep it in the air.  To accomplish this the aircraft has a core processor that can perform more than 400 billion operations per second. If humans were responsible for flying the F-35, the aircraft would lose control and be an expensive “lawn dart.”
Flying the aircraft is not the only challenge for pilots.   A plethora of onboard sensors provide masses of streaming data that is processed and fused to provide greater situational awareness for the pilots.  The object of so many sensors is to give our pilots better and more accurate information faster than their adversary.  Combat is after all a competitive decision-making environment.  In order for us humans to understand all the sensor data, special $400,000 helmets were developed that project information dashboards onto the inside of the helmet’s visor.  Even with this technology and user interface, pilots still struggle with information overload.
The F-35 pilot example is a “canary in the coal mines” warning for business leaders.  The volume and velocity of data is increasing, while at the same time businesses are expected to become more responsive and agile, i.e. less stable, which means more difficult to manage.   While technology is rapidly advancing and data is growing exponentially, us biological entities plod along at a slow human cadence.  In order for human leaders to manage in a digital business environment, they will need significant augmentation from artificial intelligence like the F-35 pilots. 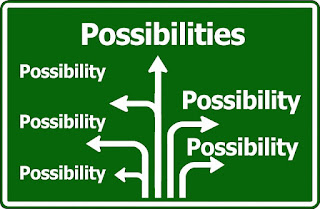 Humans have amazing brains, but they also come with significant limitations.  We can easily become fearful, overwhelmed, overburdened, stressed-out and distracted.  In military circles there is a concept called a “saturation” attack.  It is a military tactic in which an opponent hopes to gain an advantage by overwhelming an adversary with complexity.  Humans are vulnerable against this type of attack. In a saturation attack, dozens, hundreds or even thousands of weapons can be used to attack a target at the same moment.  Individual human leaders are incapable of mentally processing and defending against large saturation attacks involving all kinds of different drones, aircraft, soldiers, missiles, rockets, bullets and bombs.  Defending against a saturation attack today requires the processing speed of computers using AI and automated defense systems.
Business leaders can also be saturated with data and complexity.  Think about the massive amount of new data that came in when the Covid-19 pandemic started – every bit and byte shouting for a leader’s analysis and action. To be effective, leaders need a combination of artificial intelligence and automation to augment their humanity.  AI and automation need to be deployed to analyze data, find the signal in the noise and to act.  Action must increasingly be automated as humans often experience analysis paralysis when overwhelmed.
To address overwhelming masses of data and to defend again saturation attacks, USAF researchers are now asking defense industry participants to help develop technologies that can recognize threats, plan a strategy, and attack fast-moving enemy targets in a dynamic and fleeting time window (often seconds) without the friction of humans.  The strategy development and attack response time frames are expected to be so compressed there would be little time for humans to be involved in the decision-making.  The responsibility, by necessity, would need to be transferred from slow thinking human leaders to digital systems using algorithms and AI.  It’s not a big stretch to anticipate similar time-compression requirements in digital commerce and other real-time business environments.
Complexity is also increasing and threatening to overwhelm humans.  As we discussed earlier, F-35 pilots operate in an unstable aircraft while analyzing massive amounts of real-time sensor data in combat situations where opponents are seeking to destroy them.  And if this is not enough, new and fast evolving USAF strategies anticipate having swarms of friendly supporting drones surrounding a pilot’s aircraft waiting for instructions from the pilot?  That potentially could add a huge amount of additional complexity to an already difficult and dangerous mission.
To address this growing complexity, USAF strategists say fighter jets will soon need to be upgraded to use AI to, “control nearby drones that will be able to carry weapons, test enemy air defenses and perform intelligence, surveillance and reconnaissance missions in high risk areas.”  It takes multiple humans to fly each drone today, but advanced algorithms will soon increase autonomy in drones.  Once again, more decision-making control will be transferred to AI systems, as most humans simply can’t deal with this level of complexity.
We have nearly reached a technological point where autonomous aircraft using AI can out-fly and out-maneuver manned planes in air-to-air combat.  When it happens, it will in effect make pilots nonessential workers – another example of the transfer of responsibility from humans to AI.  Competitions between autonomous aircraft and human fighter pilots are already scheduled for this year.
In a recent Mitchell Institute paper, titled “Manned-Unmanned Aircraft Teaming: Taking Combat Airpower to the Next Level,” it describes the modern battlefield environment as a “network of manned and unmanned platforms, weapons, sensors and electronic warfare systems all interacting together,” in the chaos of battle. In this kind of battlefield environment, the transfer of decision making from humans to computers is both necessary and inevitable as machines can clearly process information and act faster than humans in many defined areas.
Today’s business leaders also increasingly need the support of AI powered decision-aids that can analyze masses of real-time data and respond instantly.  It will be interesting to watch how, when and where business leaders hand over control and power to a machine. 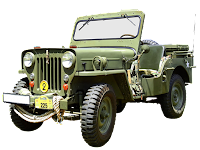 Let’s look at one final example this time involving the U.S. Army. Here military strategists have recently sent requests to the defense community asking for help designing next-generation vehicles that can “make decisions instantly” about terrain navigation, target identification and incoming enemy fire.  These are not the expectations your father and grandfather had from their jeeps.  The guidance is quite clear.  Humans think too slow and need help dealing with increasing levels of complexity.  Future vehicles will be expected to operate autonomously, not just for linear navigation but also for an integrated series of complex, fast-changing situations such as incoming attacks, dealing with rocky terrain, coordinating air integration, and recognizing how to optimize methods of attack.  All of these requirements were, in the past, the responsibilities of human military officers.
In conclusion, it’s not just high-flying fighter pilots that need digital assistance to accomplish their missions, but grunts and increasingly business leaders as well.