3 Ways IoT Implementation is Becoming Easier than Ever Before

3 Ways IoT Implementation is Becoming Easier than Ever Before 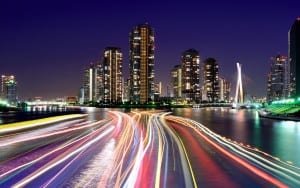 There is certainly a lot of hype and talk about IoT – and all the attention is warranted! If “Big Data” was the transformative trend of the past few years, then IoT follows it as something that will completely transform and innovate business. Sometimes the hype is justified, Big Data is changing how companies operate because it allows them to be more efficient and to make connections out of seemingly unconnected data. IoT holds a similar promise, where information about processes and sales will be available in real time, and not only that, but companies will be able to seamlessly link this data across both online and offline channels creating a truly amazing omnichannel experience for their customers.

However, despite all the hype surrounding IoT, it doesn’t have to be a complicated or expensive endeavour. Most businesses already have the tools in place, and with a few additional hardware and software components they can realize the value IoT can bring. Many companies are already realizing this value and the immense ROI that IoT has.

Here are three reasons why IoT implementation isn’t insurmountable and why there’s much more substance behind the hype:

1. Sensor technology is improving while costs are falling. Much of the promise of IoT hinges on the sensors that provide the data. These sensors include things like microelectromechanical system (MEMS) that can detect changes in pressure, sound, light, temperature, and other conditions in a factory as well as Wi-Fi sensors that can detect mobile devices – for example in a retail store setting. The sophistication of these sensors is improving year-over-year which only makes the investment for companies more worth-while.

Additionally, the falling costs of these devices only further improves ROI. A late 2014 Goldman Sachs report says “Sensor prices have dropped to an average of 60 cents from $1.30 in the past 10 years.” And the report mentions the cost of bandwidth has plummeted by a factor of nearly forty in that same span. Combined, these two factors make the move to sensor implementation and full-scale IoT much more attainable and lead to a pretty straightforward cost-benefit analysis.

2. Massive productivity gains are possible. Companies today are already embracing IoT to reduce their labor and energy costs by working more efficiently and intelligently. Consider the factory floor, where sensors can detect miniscule production errors, material inventory problems, and a host of other interconnected areas that can run more smoothly when they are more visible. Or look at the workMicrosoft is doing with ThysenKrupp Elevator to monitor its elevators in real time for optimal performance by spotting maintenance issues before they cause any interruption of service. These benefits translate to a variety of other industries such as Green Energy and Utilities or Public Transportation.

For individual workers, wearable devices that are IoT enabled will also be a boon for productivity. Google Glass might not appeal right away to consumers, but consider the benefits of “smart helmets” for manufacturing workers or engineers who can see real-time data that relates to what they are doing as well as current safety protocols. For example, an alert will come up if the temperature in a certain manufacturing area is rising too quickly.

3. The money is flowing. Once the big money comes into play, then a trend has moved beyond the hype stage. Microsoft is heading full steam into IoT along with its partners such as TechBlocks, with the launch of a new Azure platform that is devoted to IoT and helping companies leverage their cloud data. Microsoft encourages clients to look at the technology tools they already have in place such as BI platforms and cloud infrastructure and to add simple sensors in order to begin accumulating data. Many enterprises already have experience with the Microsoft suite, and this familiarity and trust will enable a smoother IoT transition.

According to analysts, IoT investment has reached a “tipping point” as enterprises prepare for a new and more connected type of infrastructure.

Need another reason to embrace IoT as much more than hype? Check out the new job title that’s entering the “C-suite” ranks. There’s now Chief IoT Officers (joining Chief Data Officers) which signifies the emphasis industry leaders are placing on IoT to be a dynamic force going forward.

Are you ready to embrace IoT? Talk to an expert consultant at Techblocks about transforming your “things” into data-gathering devices that will help you transform your business.